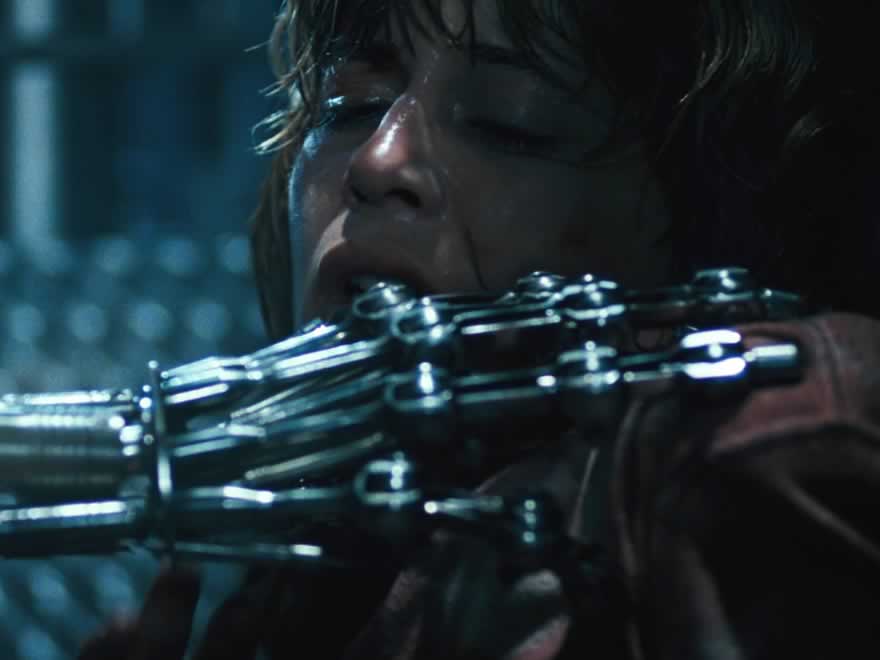 From the end of the original movie 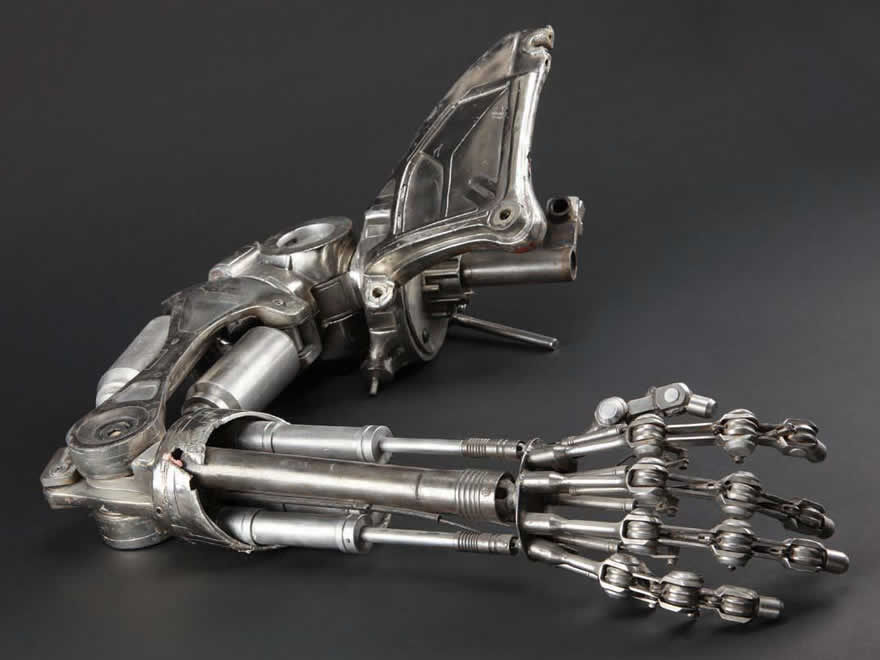 I have mentioned the Endoskeleton design difference from time to time in this review. My favorite Endoskeleton from T1 has other discrepancies compared to the Endoskeleton from T2 onward. The most famous is the arm. When Sarah Conner destroyed the Endoskeleton with a hydraulic press at the end of T1, the Terminator had almost grasped her neck with its right arm. If you compare this scene sequence and T2, the difference is obvious. The reason for the design change is famous too; human-like movement cannot be achieved with the design from T1. You can see that this design change was imperative when you see the scene sequence where the Terminator peels off its skin and unveils its skeleton in front of Miles Dyson and his wife. 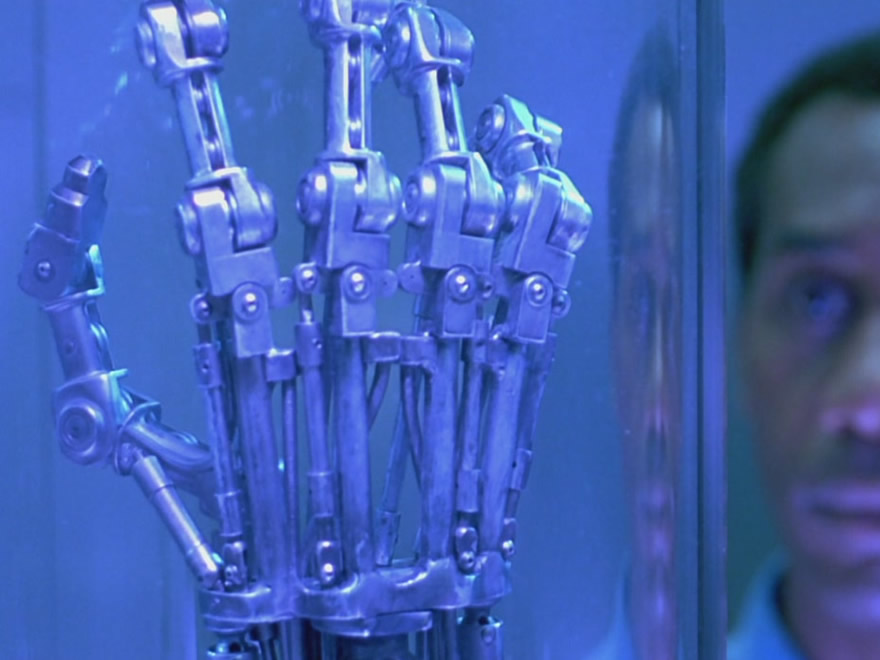 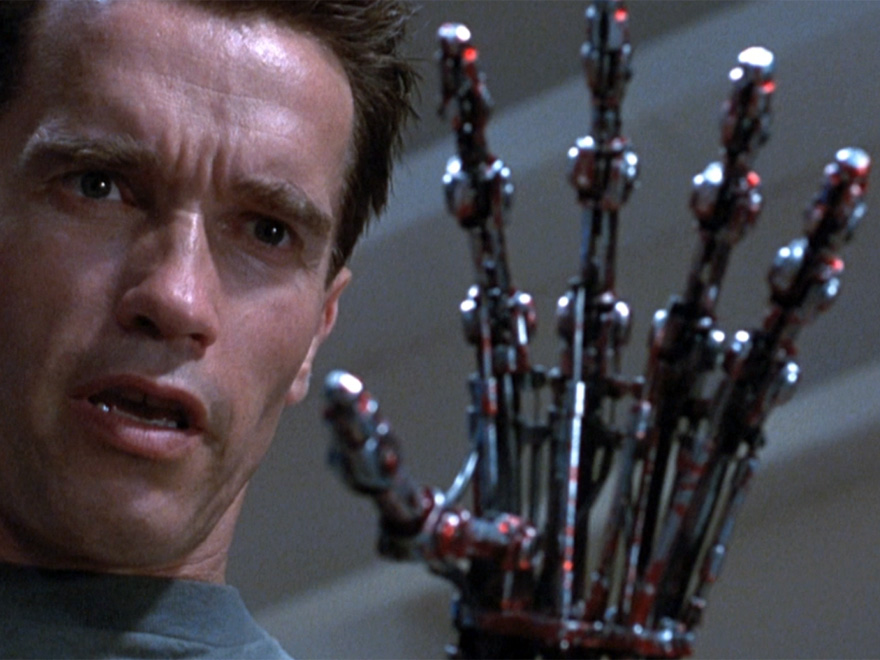 Another one is its knees. With the knee structure in T1, the Terminator could bend its knee frontwards. In T2 there is a kind of “stopper” to prevent something like that from happening. 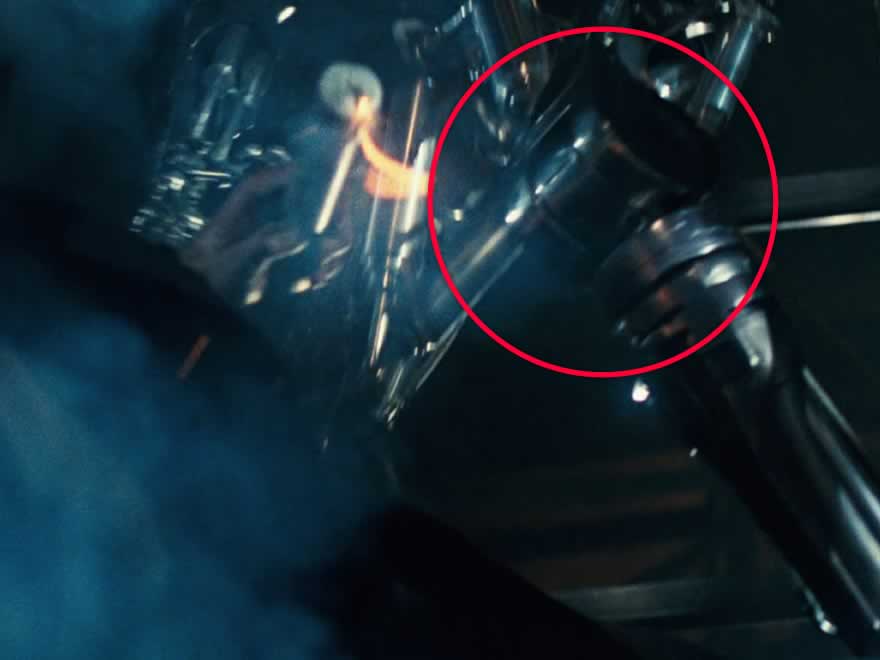 The knee structure from T1 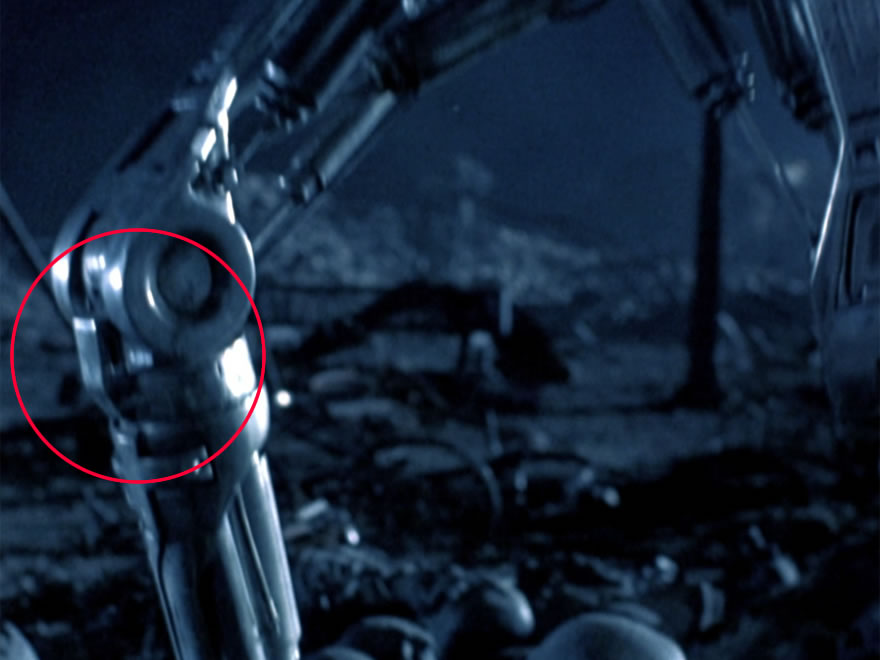 The structure had been changed in T2

Also, the as I have mentioned in “Oil line”, the area where this oil line connects to was changed from T3 (I think this was overlooked when they created the prop). Getting into more detail, there are two screws on the CPU cover in the Terminator head, which can be seen in the “CPU overwrite” scene sequence of T2 (the scene sequence was cut in the theatrical version). It’s the flathead screws which can be seen when the Terminator tells Sarah to “rotate the two cylinders counterclockwise”. This might be something that would be nice to add on later versions of the Animatronic Bust. 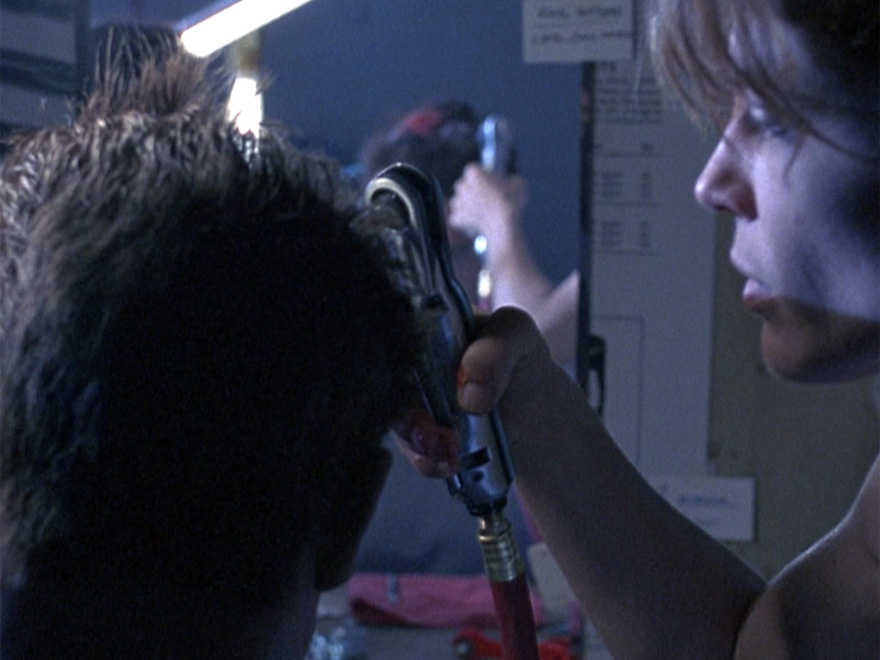 The famous scene sequence cut out of the theatrical version 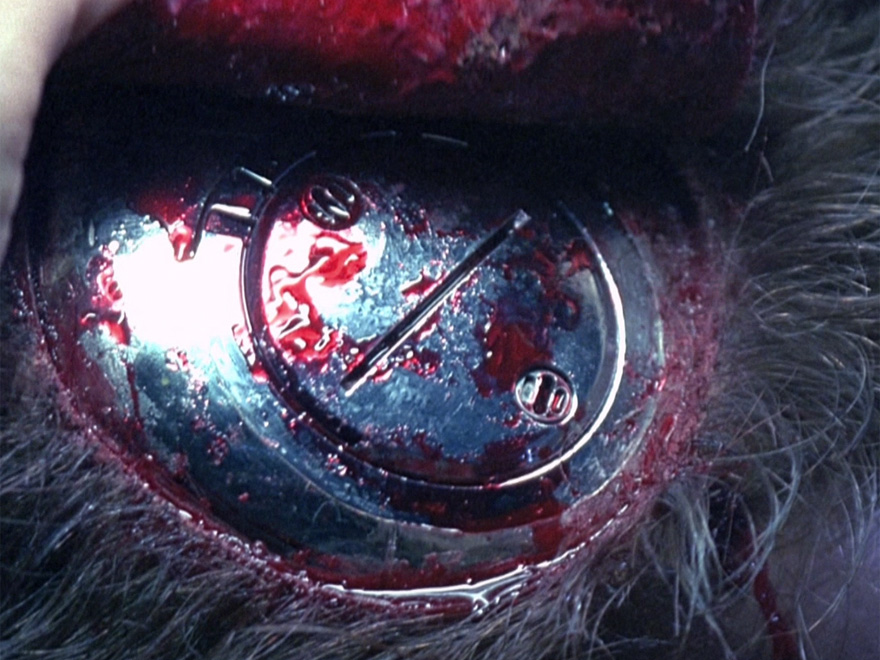 There are no replicas that have these two screws