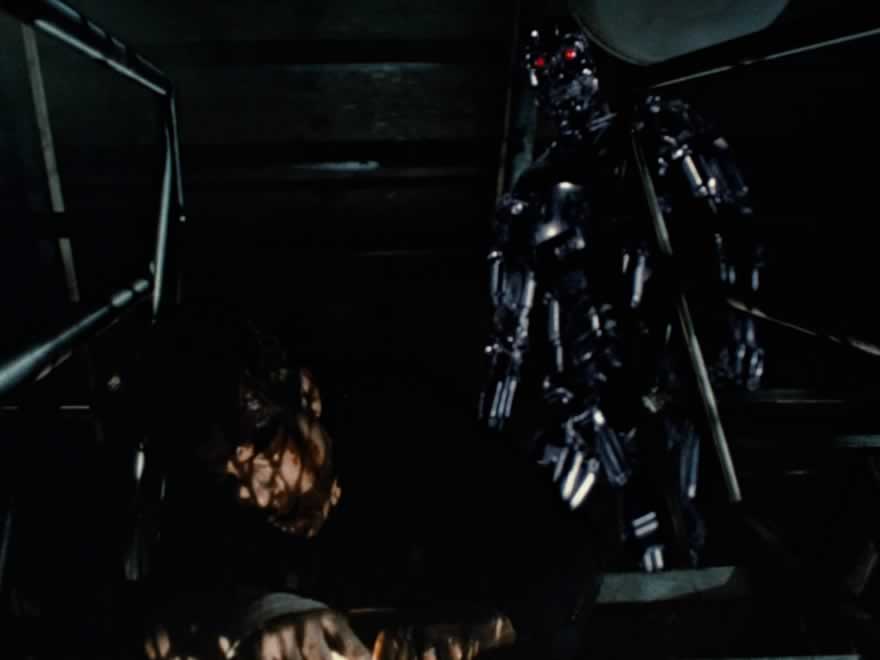 Towards the last of T1

Here I would like to explain why I have a strong obsession to the Endoskeleton from the factory pursuit scene sequence in T1. It’s because out of the four movies, that is the only scene sequence where you can see “the Endoskeleton rampage in the present day”. The Endoskeleton appearing at the start of T2 is in the future, after Judgment Day, the one in the third movie is in John’s dream which is again about the future, and the fourth movie is already about the future in the first place. So to me, the Endoskeletons that appear in T2 onward “lack reality”. Apparently, James Cameron’s original plan for T2 was to have “a completely bare Endoskeleton fight the T-1000 at the end of the movie”. That plan was killed because of the lack of time and budget for the special effects. If this had worked out, then that scene sequence were to bewould have been my favorite one.

Of course, the movement of the Endoskeleton becomes more real as a newer title of the Terminator is released, especially with the third and fourth one since most of it is done by CG. The Endoskeleton from the original movie uses stop motion, and close-up shots using life-size props, so compared to the third and fourth movie, it looks pale against the human-like movement of computer graphics. But none of the succeeding movies can surpass the fear and reality of the original movie. It’s not an exaggeration to say that my original motive to start the Animatronic Bust project was to re-enact that “atmosphere” that can be felt in the original movie. That is why I don’t have that much interest in replicas that are based on “future times” like the Endoskeleton holding a plasma rifle, nor the base platforms with the human skulls lying around. One of my favorite replicas that I own is the 1:4 scale Endoskeleton replica from SideShow Collectibles, but I refuse to have it hold its plasma rifle. The life size Endoskeleton I have has a plasma rifle fixed onto its arm, but I am planning to take it off once I find the time to do so.

After releasing ver. 1.1 and 1.2, which only the head moves, T-STUDIO has now finalized ver. 2.1 now with which you can move the eyes as well. Going forward, I am thinking about making the jaw move sideways like the Endoskeleton in John’s dream in T3, or try to come up with an upper-body model where the whole upper body moves including the arms. If you have any requests or preferences, please let me know. 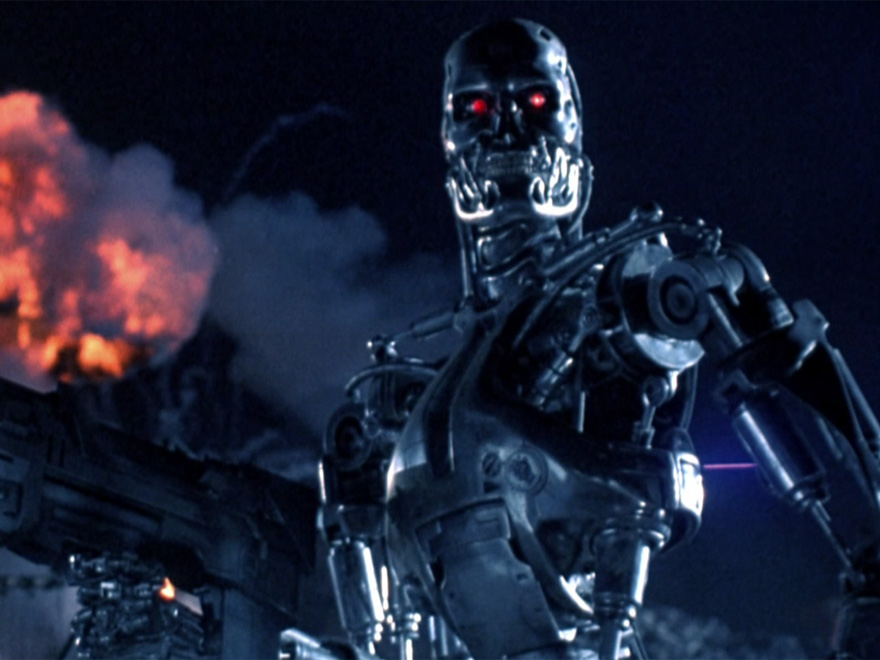 The beginning of T2 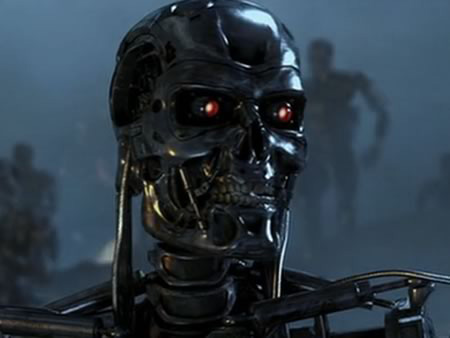 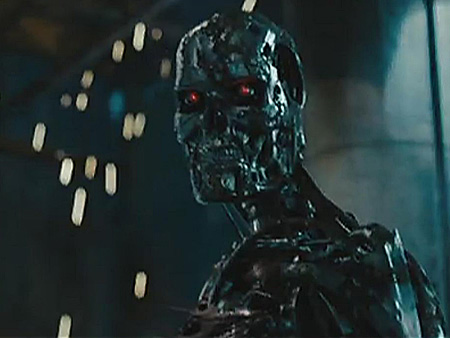 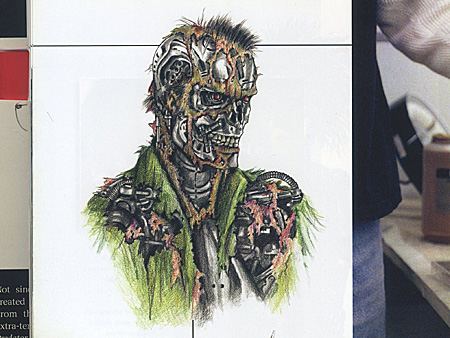 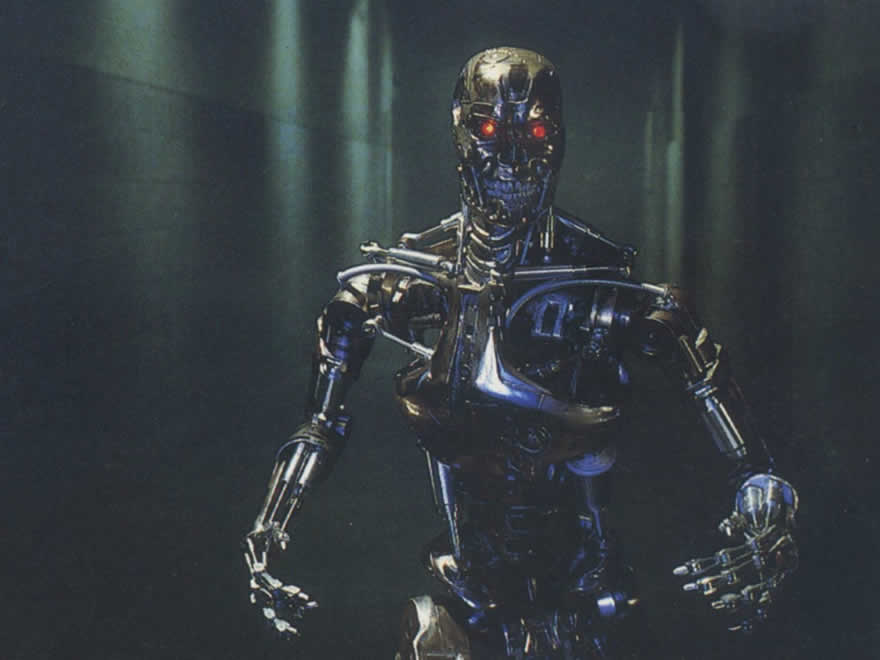 Picture of a 1:3 scale puppet 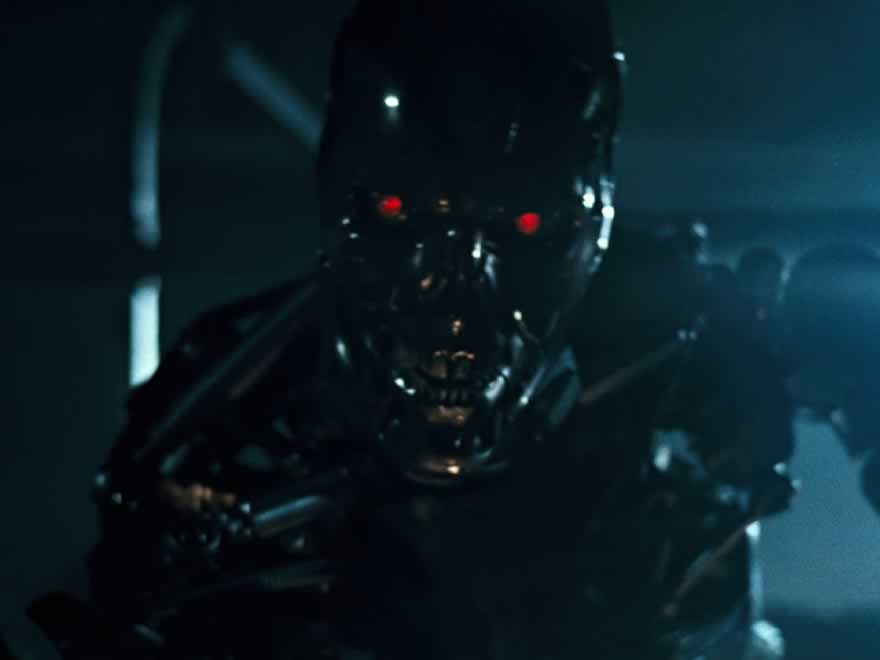 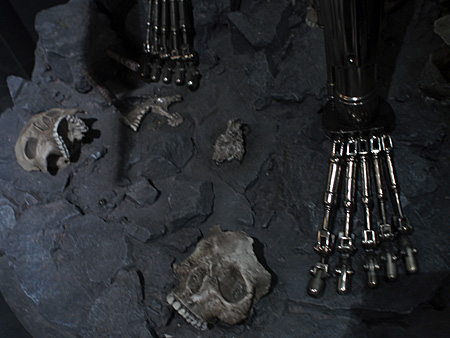 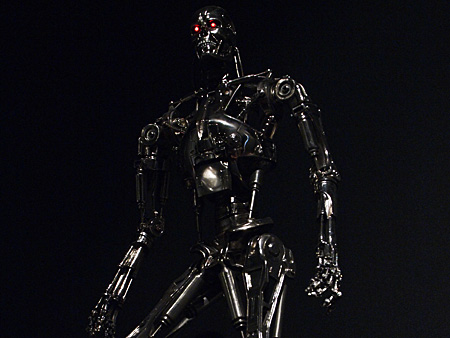 Just by dropping the plasma rifle, it makes it look like the Endoskeleton in T1 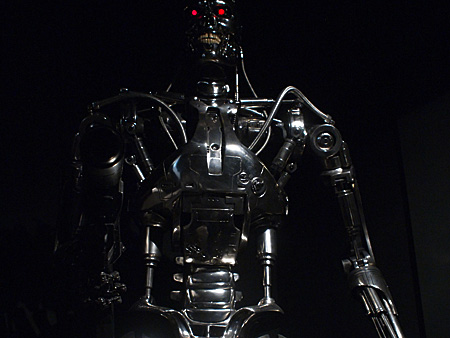 The life-size Endoskeleton at T-STUDIO. Someday it will become an “Endoskeleton T1 version”.