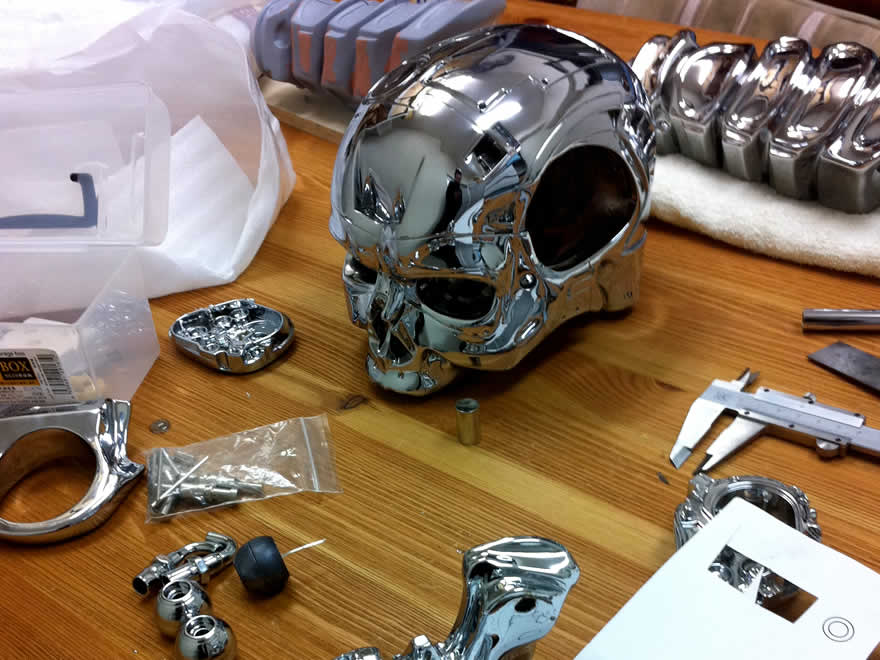 There is a limit to how much metallic texture you can get out of paint. Some newer types of paints have a finish very close to real chrome plating, but considering the hassle to prepare the surface coat for the paint, I could not think of any better solution than to actually apply chrome plating. With “vacuum metalizing” the finish would not be satisfactory, so I opted for “six-layer chrome plating”. It is very complex and requires certain level of skill to apply chrome plating to something that is composed of different materials, such as this time; soft vinyl, resin, and acrylic, and most of the factories that I had inquired were not confident enough to take on the job. Only one factory was positive enough to say that they weren’t sure if it was doable but they would give it a shot, so I desperately placed my order in to chrome plate my Endoskull. I was anxious to see the outcome because of the extremely complex structure of the Endoskull, but the prototype that came back chrome plated was so beautiful I gave it two thumbs up on the spot. Even though it is plating, it is still metal. The shine and texture cannot be matched by that of paint. The plating also gives it the heaviness of real metal. I could not help but stare and sigh at my literally “metal” Animatronic Bust ver.1.1 for quite a while. 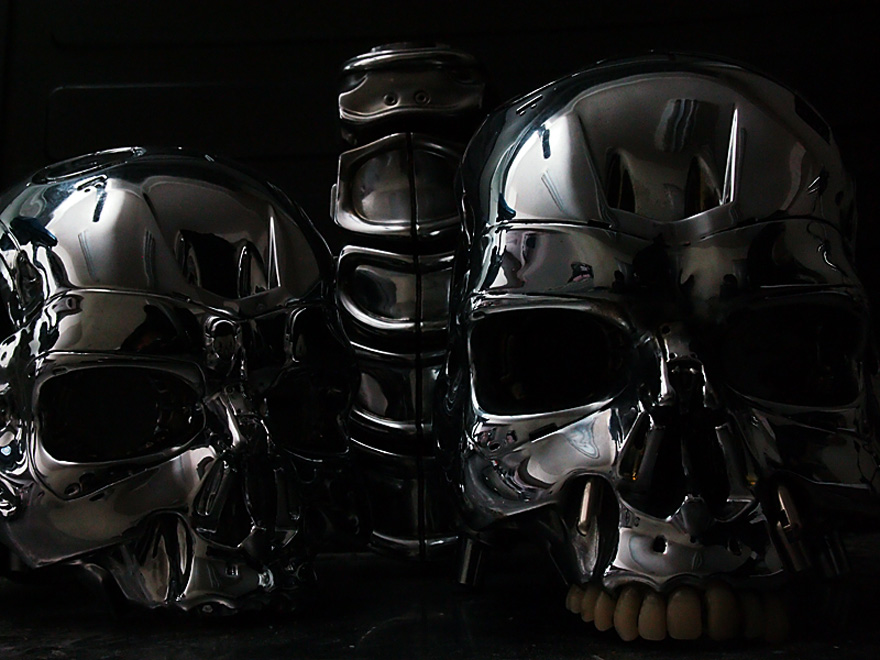 Most Endoskeleton replicas are chrome plated by “vacuum metalizing”. You may realize that it looks a little yellow-ish. That is because the chrome plating gradually turns yellow as time passes. “Six-layer chrome plating” is less exposed to aging degradation, and will maintain its beautiful shine.

The M1 kit used in creating the Animatronic Bust is made out of soft vinyl, thus requires extensive pretreatment to apply six layer chrome plating. The chrome plating process is done under heat that would deform the soft vinyl, so I had to reinforce the soft vinyl by applying resin from the inside of the skull. Also, I applied a very thin layer of coating agent to reinforce the surface. The original soft vinyl Endoskull only weighed a couple of grams, but with this pretreatment process, now it weighs more than 2 kilograms. From an aesthetic standpoint, this turned out in favor, adding a gravity of style, while from a mechanical standpoint, it added headaches to stabilize its movement. 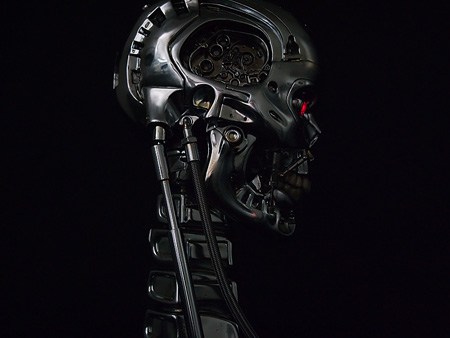 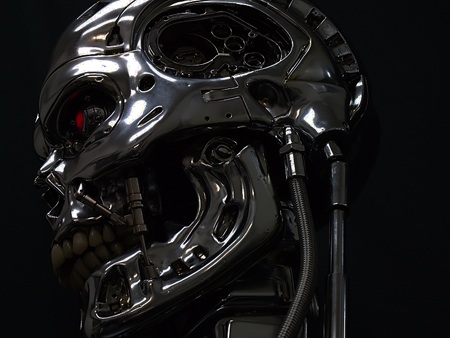 The texture and shine of chrome plating on the Animatronic Bust ver.1.2