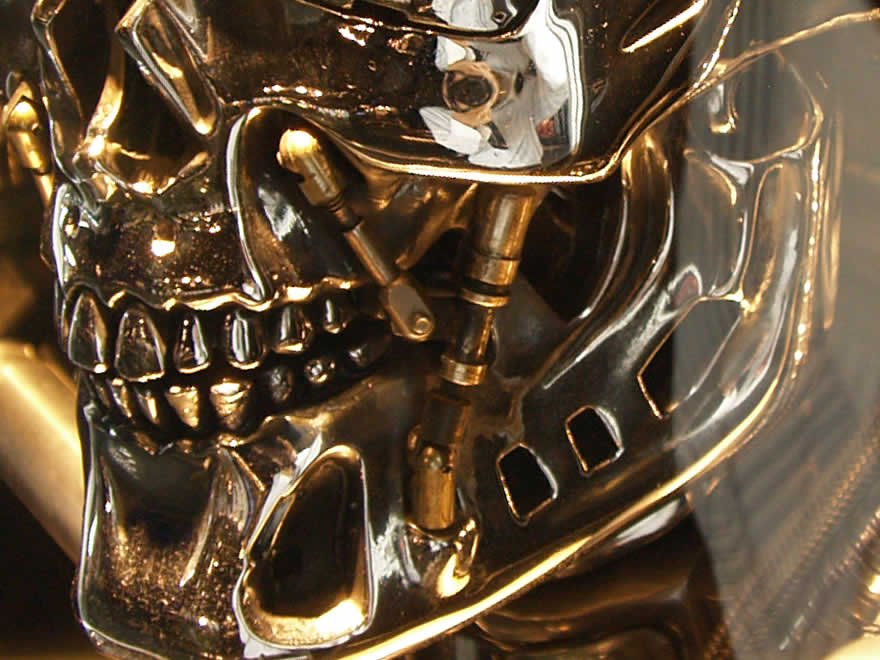 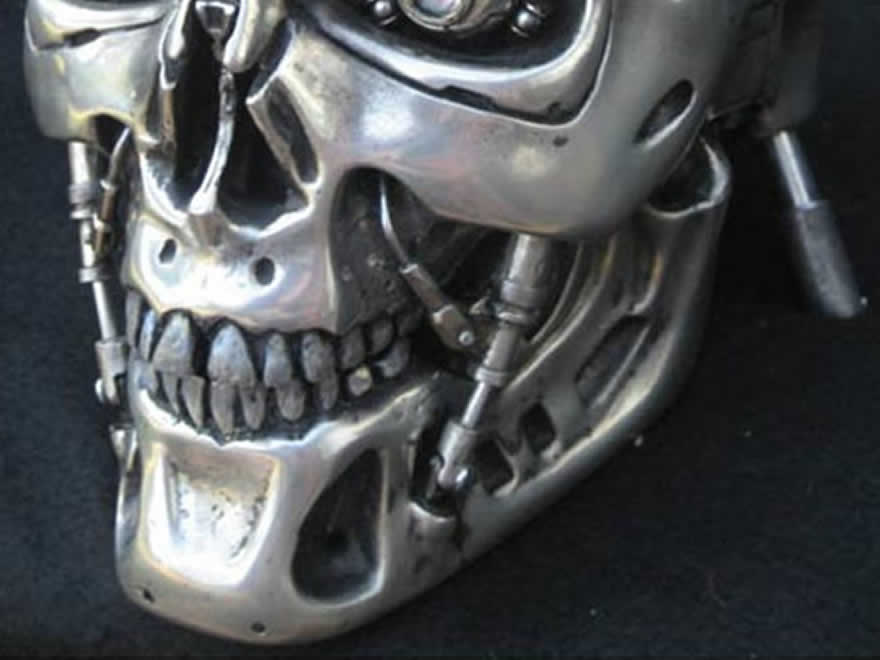 A prop from T1 that I happened to find on ebay. It has a rough finish.

These can also be said to be distinctive out of all the parts that make up the Endoskull. Similar to other parts, there are differences in shape, structure, and the finish around the parts connection. One thing that’s wonderful about the M1 kit is “how well-made” the parts are. It consists of parts precisely sculptured out of stainless steel, and depending on how you build it you can make it move in conjunction with mouth movement. I had to choose whether to add chrome plating to this piece, but to avoid dulling the edges by plating it, I decided not to and use the parts as-is.

I have received questions from people who have seen the Animatronic Bust ver. 1.1, asking whether I could make the mouth move by adding some kind of mechanism to it. Compared to the complicated mechanism to move the head or eyes, making the mouth move is relatively easy. The reason I haven’t done so is because I have a strong opinion that “the incarnate Terminator needs to move its mouth to act human-like, but once it becomes an Endoskeleton it doesn’t have to act human so it never moves its mouth.” There is actually no scene sequence in any of the Terminator series movies where you will see the Endoskeleton open its mouth. Since it goes against my beliefs, I cannot cater to requests to add any mechanism to the Animatronic Bust to make the mouth move. 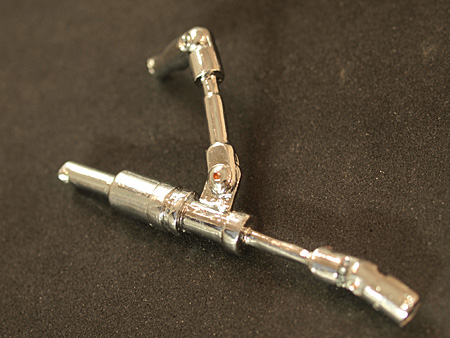 The cylinder parts on a replica. All the parts are integrated into one mold, thus look less like they’re “separate parts”. The chrome plating makes adds to its rough image. 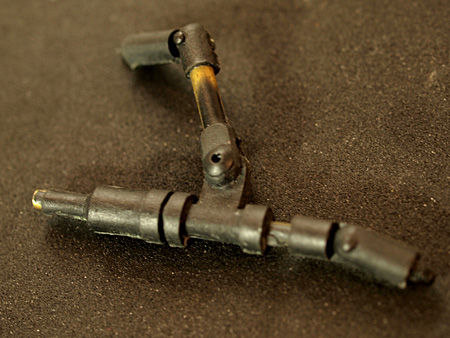 The ICON replica has the best finish out of all products sold in the market. The above is a unique picture that I acquired, that shows the cylinder parts from the ICON model before being chrome plated. 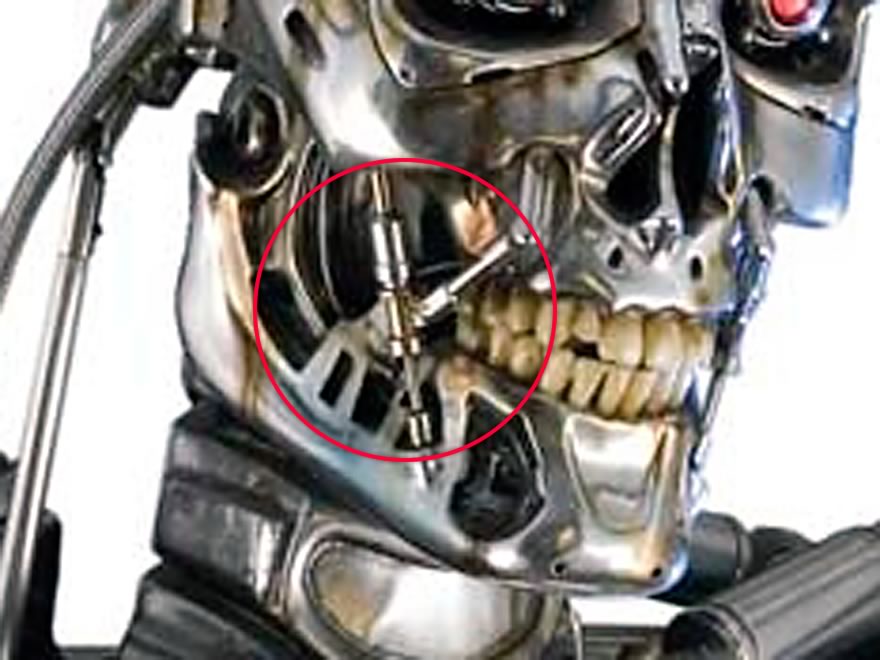 The prop from T3. The finish around the connector between the lower jaw is unique. 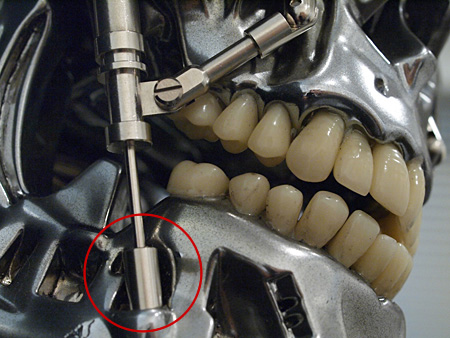 The parts in the M1 kit have a similar finish