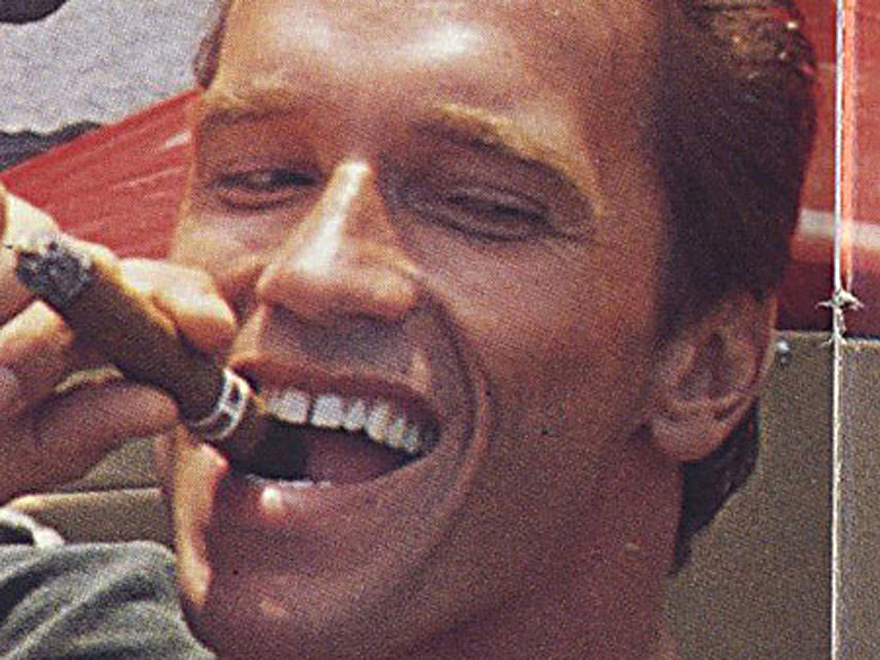 Schwarzenegger in his younger days 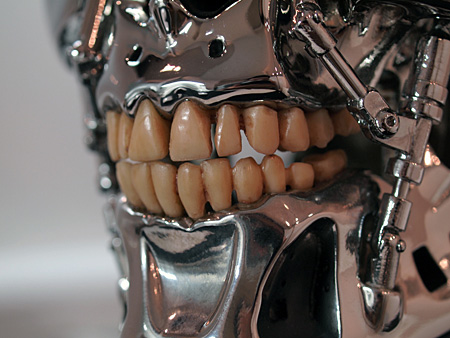 In an interview, Stan Winston said that he had created a complete copy of the body physique of Arnold Schwarzenegger when the Endoskeleton for T1 was designed. Looking at the picture below that shows Schwarzenegger’s teeth alignment, you can see that they look very similar to the Endoskeleton’s, from the small gap between his front teeth to the shape of the canine tooth. After the release of T1, the new movie superstar Arnold Schwarzenegger had apparently gone through a dental makeover in the 5 – 6 years before shooting T2, but the T2 Endoskeleton had inherited the teeth alignment of the T1 Endoskeleton (It may be rude to a successful person who had risen to become the governor of California, but it is an inevitable topic when discussing the Endoskeleton. The purpose is to verify documented facts about a historic movie, and not to disgrace anyone). When designing the Animatronic Bust, I had a hard time deciding what to do about the teeth. There were basically three paths. One was to use the M1 kit since the teeth alignment was faithful fora very close copy of that of Schwarzenegger’s. The second was to create the teeth one by one by using resin that a dental technician would use to create false teeth, which would have a natural color to it. The last plan was to use ready-made acrylic false teeth that a dentist would use, and plant them one by one.

The first plan was abandoned at an early stage because painting has its limitations as to how close it can get to the original, and the second plan would cost too much money and effort. In the end I had chosen to go with plan three for the Animatronic Bust ver. 1.0. It may be a crazy idea but someday I would like to bring plan two to reality.

Even with ready-made fake teeth, there are numerous shapes, sizes, colors, and texture, and the stronger and aesthetically closer it gets to a real tooth, the more expensive it is. Since the strength was not a concern (since it’s not going to be used to actually bite/chew on anything), I chose based on the shape and color. When implanting the fake teeth, I had to overcome the strong impulse to create a gap between the two front teeth or make the canine tooth smaller, knowing that if I went that route there would never be an end to it. In the opening of T2, there is an Endoskeleton that appears in flames with the teeth chrome plated. It is said that they chrome plated the prop especially carefully since it was to be used in an important scene sequence. The parts used in the prop were beautifully detailed, and it was very helpful to reference the design for the T-STUDIO Animatronic Bust./p> 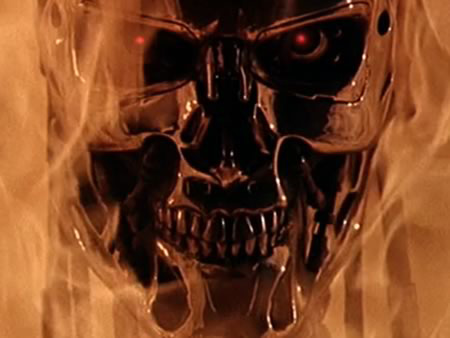 The teeth for this prop is chrome plated as well 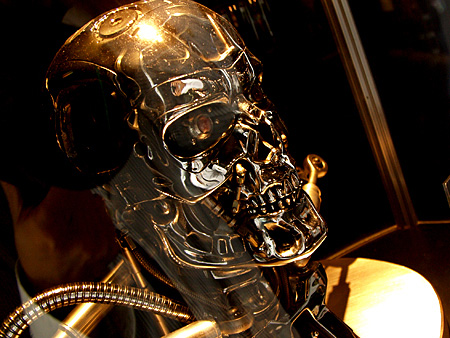 Incidentally, the lenses of the eyes are red 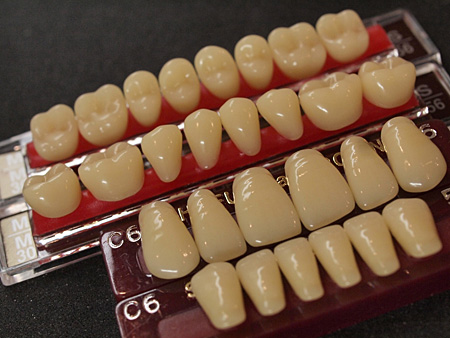 The fake teeth that I had my dentist order for me 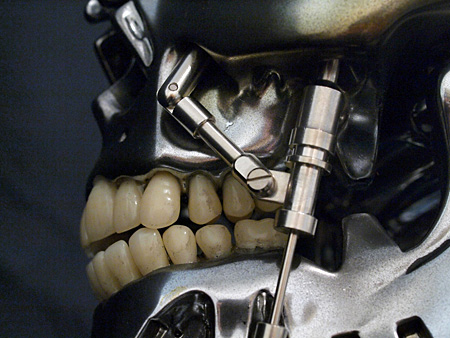 The Animatronic Bust uses fake teeth for its texture 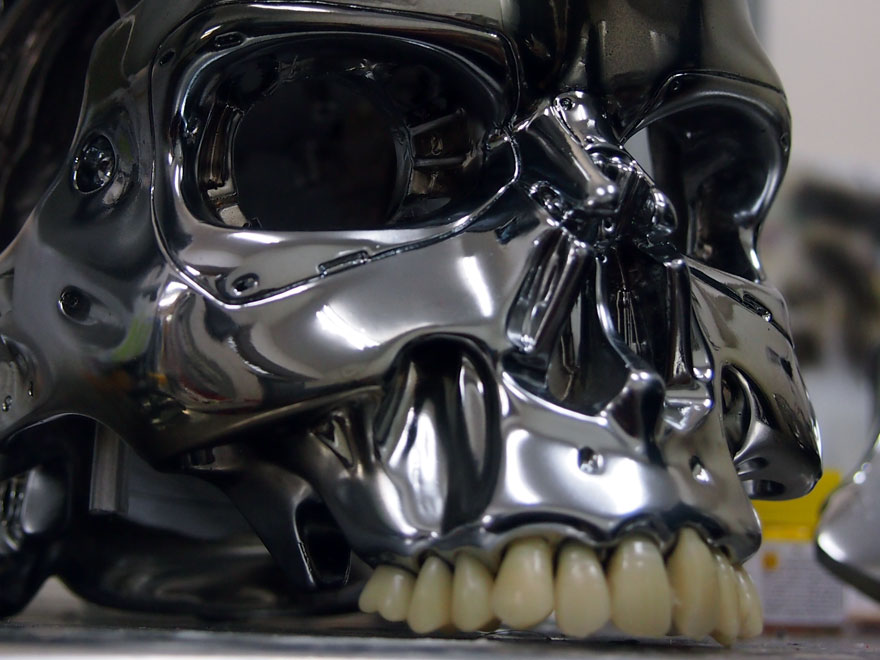 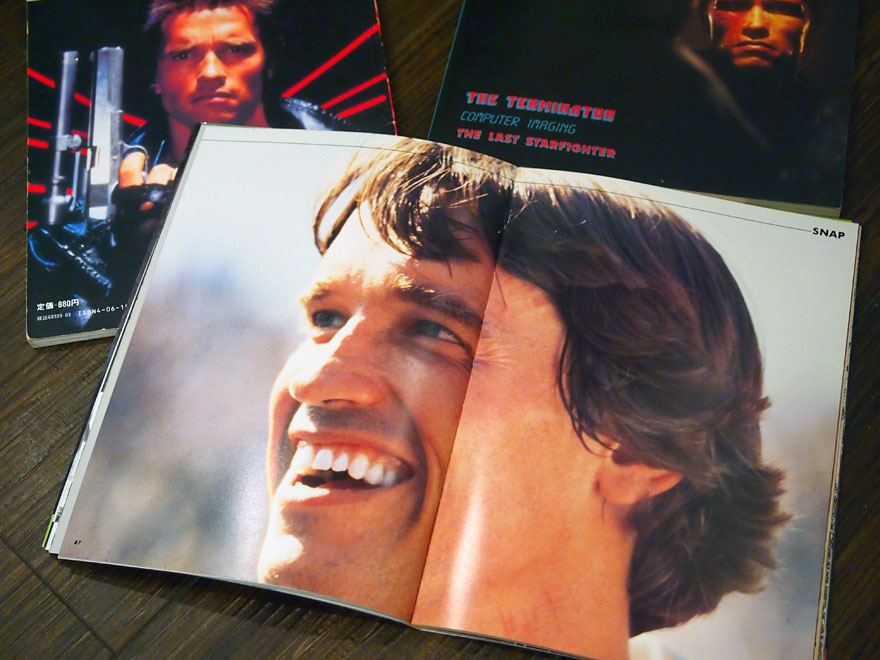