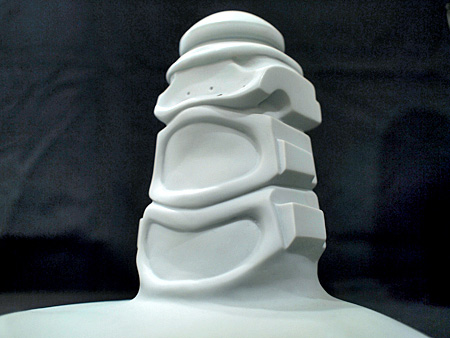 The cervical spine included in the M1 kit has only two vertebrae. Initially when planning the Animatronic Bust I was planning to use the spine included in the kit, but since it lacked the aesthetics and presence I desired, I opted for five vertebrae like the prop used in the movies. I could have just added the remaining three vertebrae to the M1 kit cervical spine, but since I happened to get my hands on a prop replica, I decided to refine that. Apparently this replica was a replica of a replica, thus the details were too rough and far from satisfactory to be used on its own, so I reproduced this with polyester putty and finished off the details. Since the details of the spine from the M1 kit are superb, I used that as well to finish off details. There is an acrylic pipe passed through the spine to house the drive shaft from the pedestal to the inside of the skull. There is another detail I had added when planning the Animatronic Bust Ver. 1, based on the prop from the original movie. As you can see in the images below, there is a vertical groove down the center of the neck. This groove is added to ver. 1.1 and 1.2, and from ver. 2.1, the neck parts have been improved to move in conjunction with head movement, to mimic more complex movement. 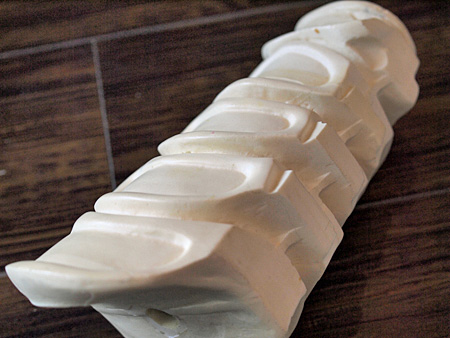 Reproduction of a prop replica provided by a Terminator maniac 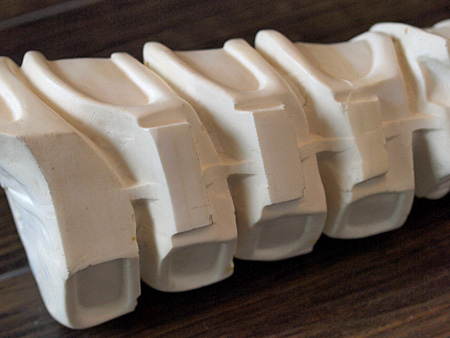 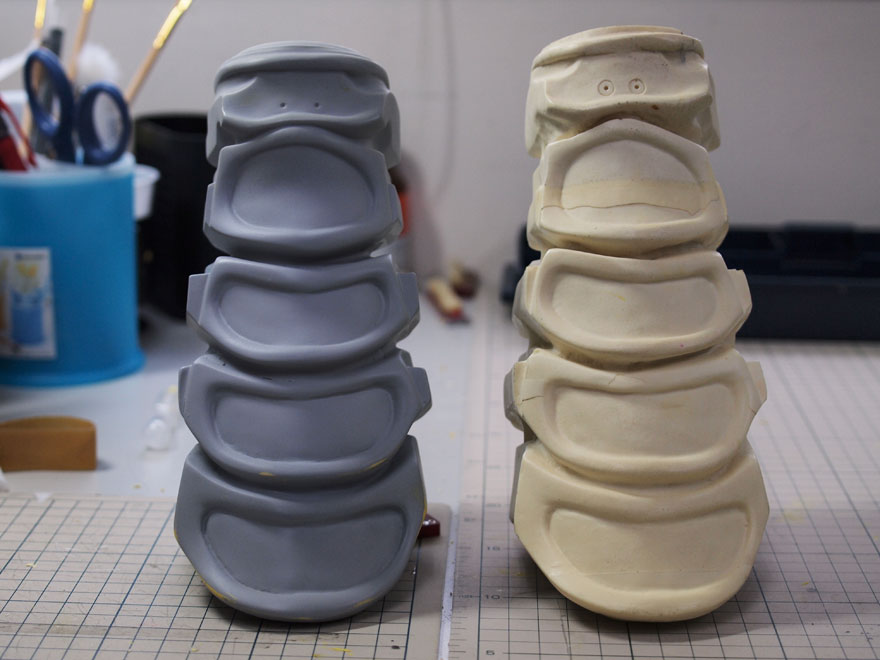 T-STUDIO has designed its own spine based on the above 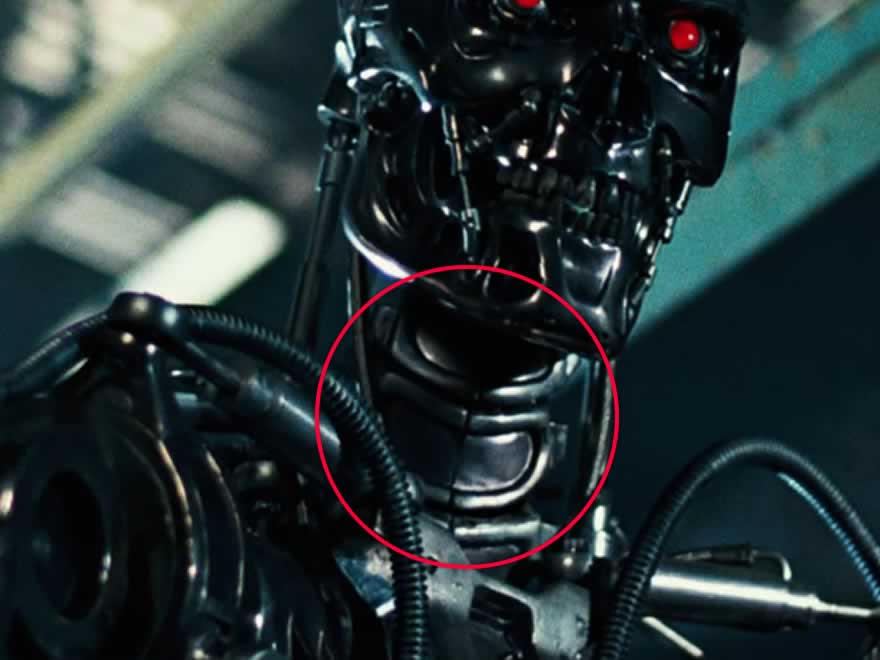 From the original movie. You can see the groove in the center of the neck 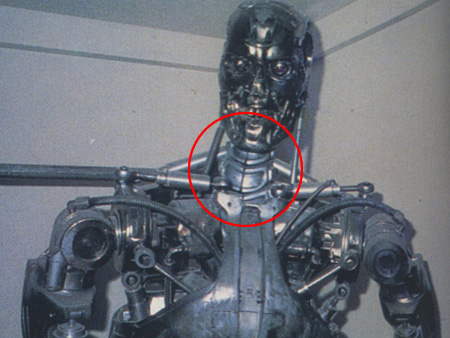 Prop from original movie in Stan Winston Studios, 1986 (from “Uchusen”) 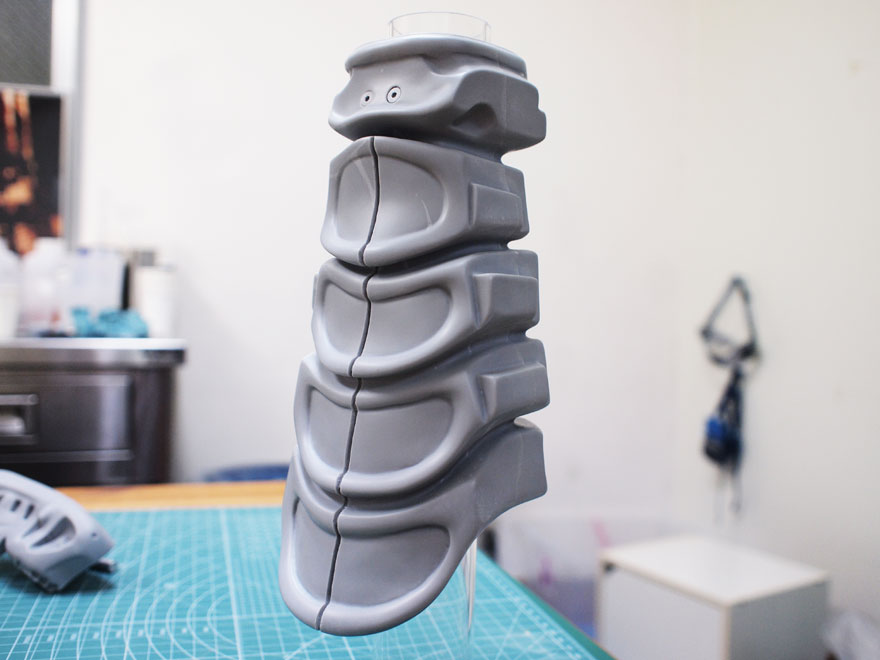 This groove is added to the Animatronic Bust 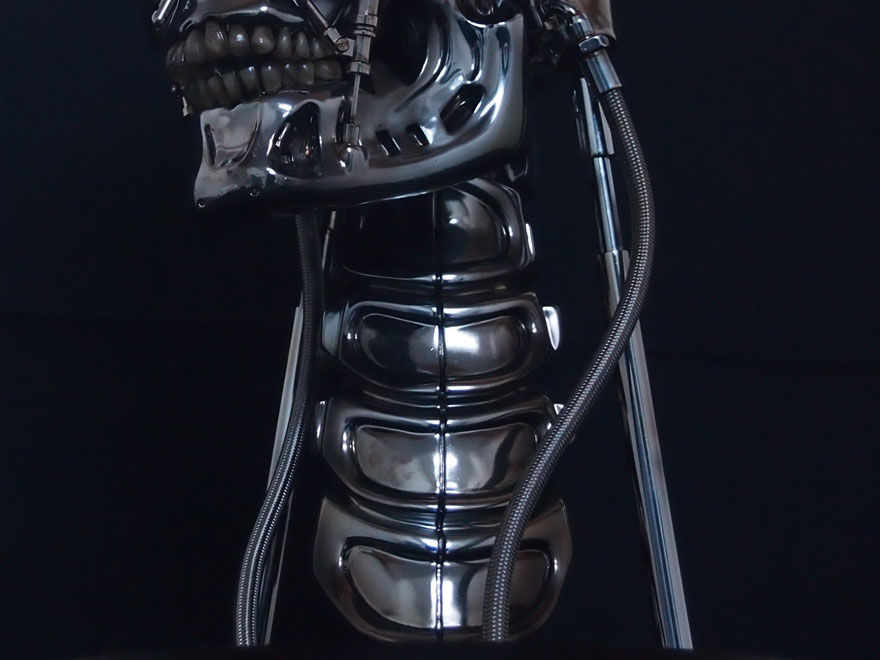 The groove is also added to the Animatronic Bust 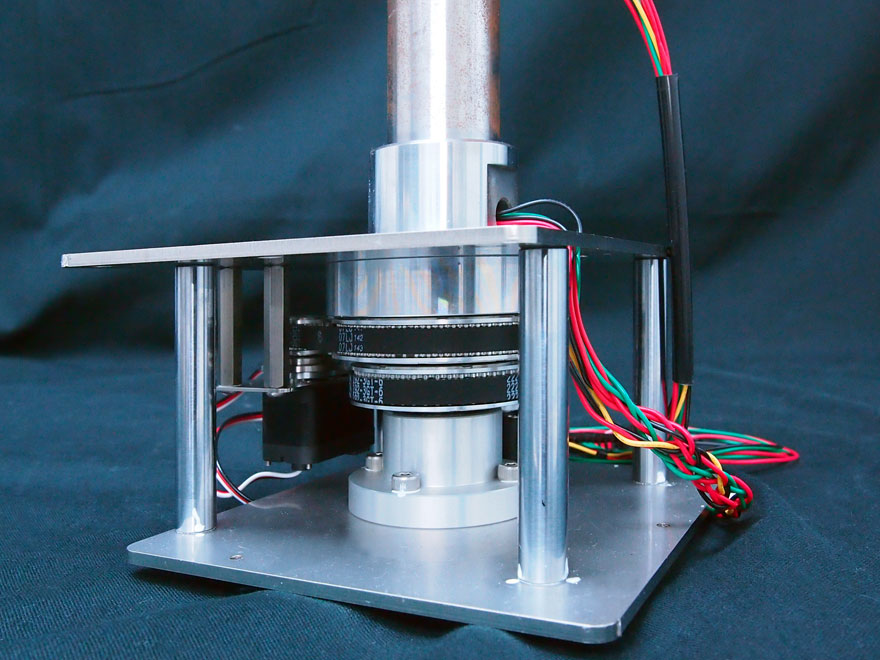