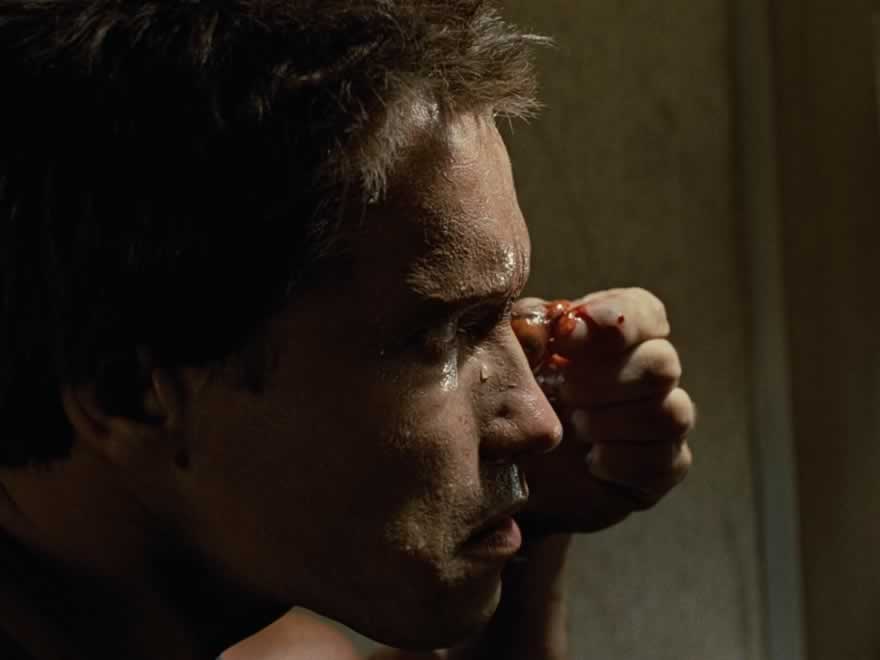 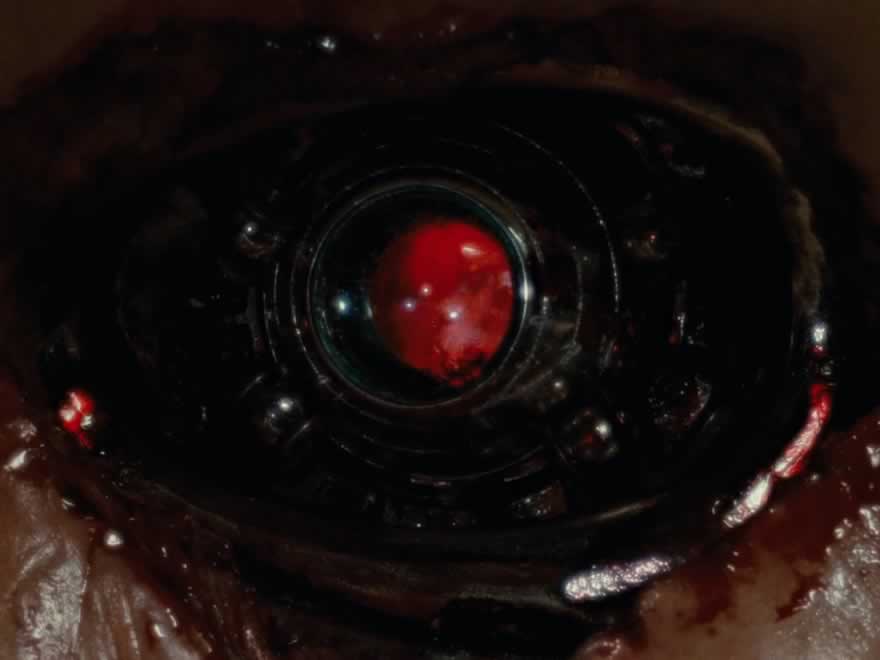 The “Eye Surgery” scene sequence is one of the famous scenes sequences in the first Terminator movie. The Terminator removes his damaged left artificial eye (an imitation of a human eye), revealing his true mechanical eye shown close up on the screen. This scene sequence was taken with a prop made a couple of times bigger than life-size, with eyes that could be moved around and the iris inside the lens being able to expand or contract. Examining the structure closely, there seems to be multiple balls and clutches that are holding the “eyeball” in place and assisting the rotational movement of it. Whether this mechanism is realistic or not from a mechanical engineering standpoint is a different discussion, but you can see that the futuristic beauty of the mechanical design itself comes from the obsession in workmanship and deep knowledge that director James Cameron, as well as Stan Winston Studio, had for its visual effects creations.
There is also a life-size Endoskull that can move its eyes, although the iris is not adjustable. 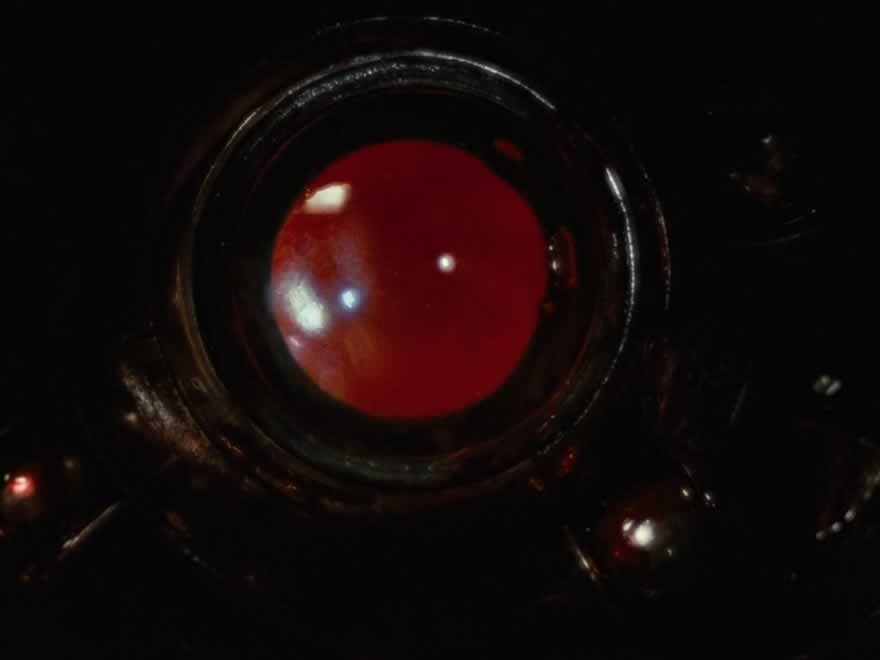 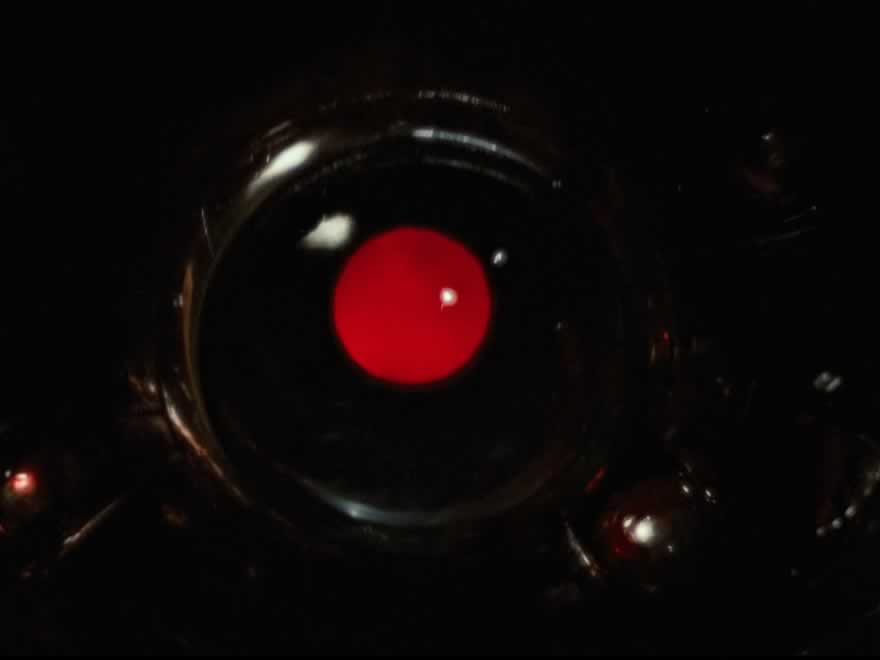 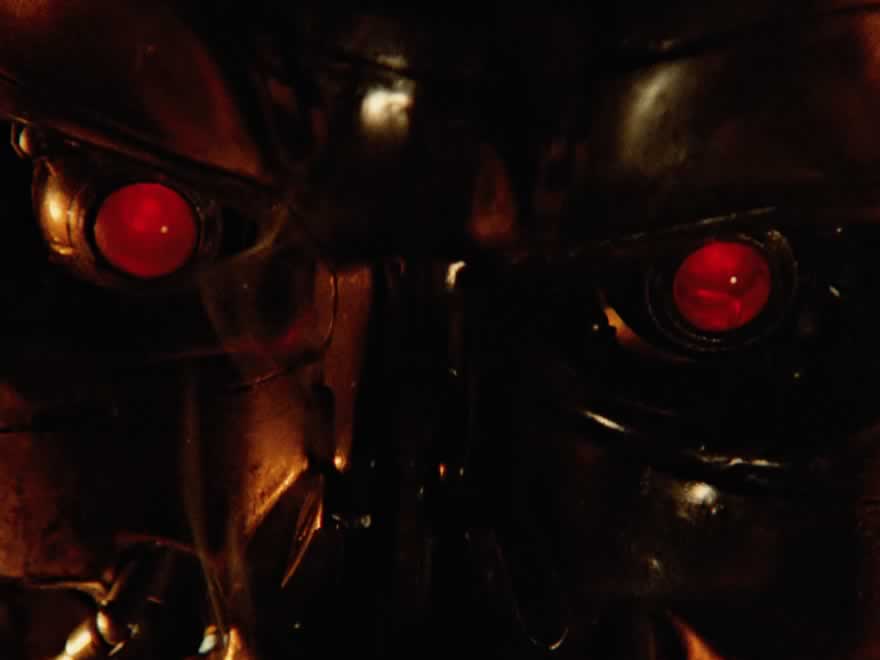 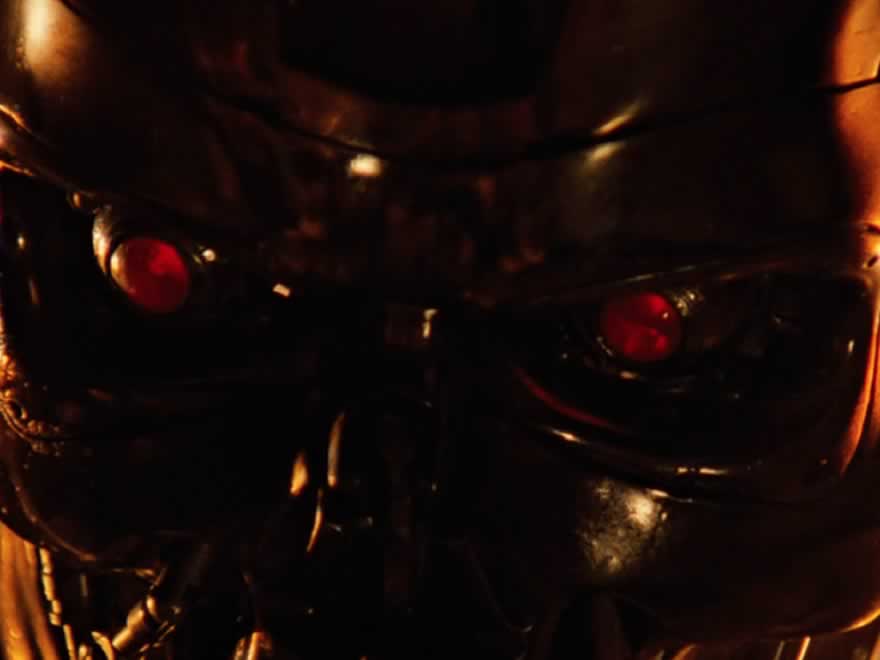 The iris cannot be expanded/contracted with this prop 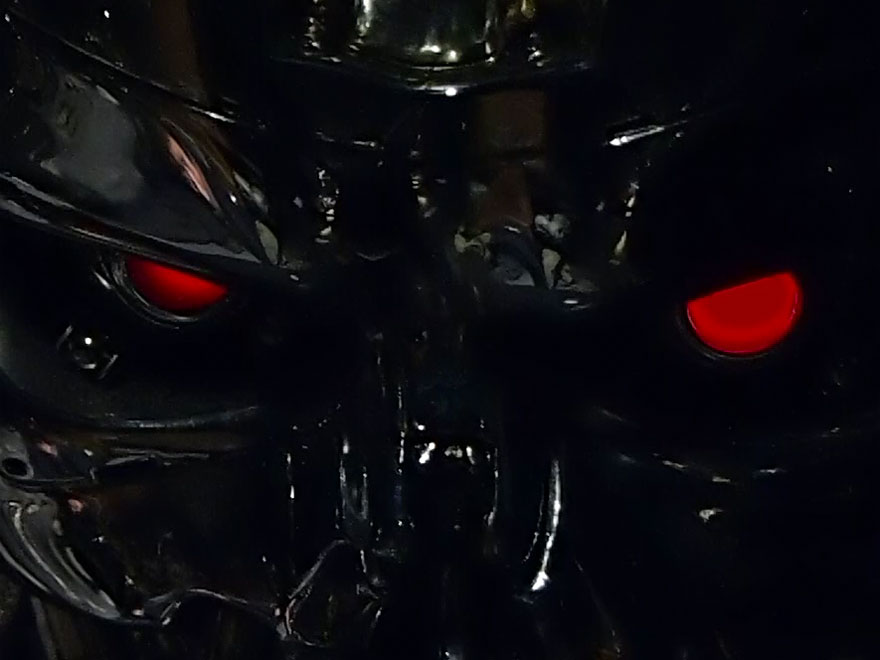 Successfully designed and implemented a mechanism to mimic eye movement